Does that gadget on my wrist actually measure sleep?

As soon as someone finds out my interest in sleep, the next statement usually involves a flick of their wrist and something like, 'last night my XX brand smart watch told me I had 4.5 hours of deep sleep, 1.5 hours of light sleep and 2 hours of dreaming, isn't that amazing'. After them outlaying upwards of $500+ what else can I say but ....amazing....

That conversation aside, millions and millions of people are wearing and taking note of a mountain of biometric data generated by smart watches, so when it comes to sleep, is it accurate? 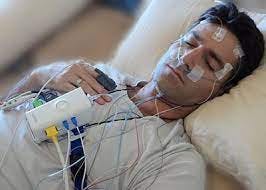 Well, the gold standard in sleep research is polysomnography (PSG). Here is a picture of a PSG getup and you wonder how in a sleep centre, with all this gear attached you could cruise the land of nod! Obviously expensive, intrusive and of limited availability, it was with a sigh of relief from researchers when actigraphy came on the scene. Actigraphy involves wearing a wrist band(s) that monitor movement via built in accelerometers. Way cheaper, long lasting and simpler in data collection, they do however have several limitations. The main one being they overestimate sleep. Why? Well, when you are lying their trying to get to sleep (i.e., delayed sleep onset or sleep latency) the actigraph thinks you are asleep, while the PSG measuring your brain waves, knows for sure you are not! Hence, a hot off the press article from the Sleep journal is of interest when it comes to independent gadget evaluation.

The Research: You can download it for free here. 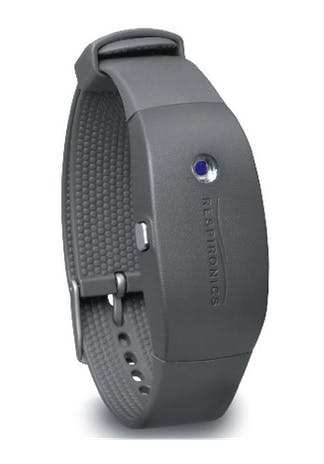 Results: In regards to sleep/wake cycles, the researchers found that other than the Garmins, most gadgets were as good as or better that the Philips Respironics Actiwatch 2, which at $1500+ is no cheapie. This means that like the actigraphy, they all over estimated sleep duration and were inaccurate in regards to determining sleep onset and periods of awakening after initially falling asleep. Not so good if you are a patient with insomnia and your watch is telling you that you had a good night of sleep but you are already brewing your first caffeine hit. When it came to determining if participants were in light (Non REM), deep (Non REM) or REM sleep, there was a huge variation across devices. All devices overestimated light sleep, half overestimated deep sleep and half underestimated REM sleep when compared to PSG.

Conclusions: Overall, the technology is moving forward, it is certainly being embraced by many users and being incorporated into many more devices. However, while most of these gadgets have high sensitivity compared to PSG (that is they detect sleep while the person IS asleep), they are not very specific (that is they detect sleep when the person ISN'T asleep) when compared to PSG.

Here's to a good night of sleep!